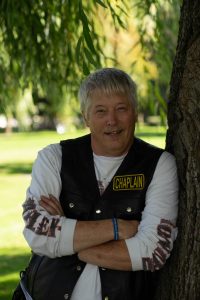 Chuck Harper is a visionary leader and builder. He has worked with hurt and broken men, women and youth across western Canada for over 30 years.  In 1984 he helped found the Mustard Seed Street Ministry in Calgary, he founded Cornerstone Youth Ministry and 5 years ago founded North Okanagan Community Chaplaincy. He continues to build relationships with those considered the least of these.

Chuck’s own journey is one of abuse and brokenness. At 22 during a drinking binge. He committed his life to the Lord and that began the journey he and his family have been on ever since. While there were many ups and downs, struggles with his own addiction and abuse.  Chuck continued to grow and serve.

Chuck is married has 5 children and 9 grandchildren. His family is his anchor and he delights in all his granddaughters and grandsons.

Chuck has served on a number of councils, taskforces and boards nationally.

He now serves on the Federal Government’s Homeless partnering Strategy, CBWC’s Justice and Mercy network, locally on a number of teams: COOL team, BC housing team, and Vernon Ministerial Executive.