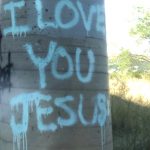 A STORY SHARED BY ONE OF OUR VOLUNTEERS; THANKS SCOTT

Most would not see it as important or note worthy, most, wouldn’t take the time to do it, they would look for an out… a opportunity to do it later, that’s the small tasks in life. Not that they can’t or won’t, they just know there will be a better time to conquer the task at hand. Now for some reason I had a mind set that this needed to be done, and I was going to accomplish what I set out to do. You see there was a chance that what I needed was waiting for me at the end of the road, literally, a long walk to make a purchase of something I had been searching for to get a job done, we all have those things, little did I know there was a bigger task at hand and I wasn’t in control of it.

It started with my walk looking for this item, I had a lot of advice where to find it but no luck from any of those leads, but when I made a call to a business that may have had what I was looking for, I knew I had to go. Wait I needed to find out exactly where this place was, so I googled it and low and behold it was a lot farther than I thought, the route said two hours on foot… I thought to myself I can walk faster than that and off I went… determined. It was all in the journey, I will walk the tracks instead of the highway, it will be quieter, and it was. At the beginning on my walk I stumbled across a pillar that supported the highway over those tracks, and on that pillar was a note that supported much more than that… it supported all things in life, it said “I love you Jesus” at first I thought graffiti, then I start thinking of the person that tagged it, and saw a whole different outlook, funny but my walk looked even more doable, and it gave me something to focus on rather than the distance, oh yes did I say two hours? Carry on not going to get there unless we get moving.

It’s always been a treat in the back of my mind to jump a train and see where it takes me, for now I guess I was also thinking hope the train doesn’t run me down, it’s going to have to be a pretty fast train though, I walk for a living and I’m pretty fast even at my age, what if a high speed train comes along? then I looked at the tracks and realized there’s not going to be any fast paced train on these tracks. God willing I’m not going to die he will give me my strength to get out of the way, and if I do then maybe that’s what this walk was about.

With this strength I picked up my pace as I was working on the theory I could walk faster than what my iPhone predicted that my pace would be. How does it know anyways? Sure I take my time doing things when not at work, I like to think it over and perhaps over again, not something I did though when I saw the two hour mark (my laughter take over my thoughts). Moving along, I’m making my way past the weigh station on the highway and wondered what if I get arrested for walking these tracks or a fine? The reward of time spent already out weighed any cost the offence could be, I had the emotional trip of the train ride and what the life of living under the highway overpass may have been like with spray can in hand, looking to Jesus for direction and hope. That’s when I call to him and said “let my determination here be worthy of reward Lord, let this trip end with what I’m looking for please, seemed like a reasonable thing to ask for.

I was but a few steps past the weigh station when I felt a sharp pain in my ankle, not anything that would bring me down but enough to shock me, next I knew I was yelling at what??? I don’t even know but this was going to take care of it, and it did, as I look down it was a wire cable that had broken free from where it joined the track, and had reached out to get me… stop laughing this could have been a rattler I said to myself… now I have an idea what wild animals feel like when caught in a trap, sharp pain then weary from the struggle of trying to get free, or in my case walking so far after walking for hours at work already. Thats when it hit me, my second wind and up went the pace again.

Not long after that I came across a dead animal on the track, looks to be a coyote perhaps just a young one trying to make its way across the track to its mother separated by the train. Lost like so many, then my mind flashes back to the tag on that one pillar. I turned and started walking but something made me stop and go back. I looked at it again, decade and mostly just bones left, then looked at the skull, pretty much perfect I thought all it’s teeth and everything together. In the back of my mind I told myself pick it up and take it, if nothing else I can give it to a coworker that I know, he collects these, he has told me himself. I know I will take it and put it on his desk in the morning, wow won’t that surprise him… you see, he’s my superior and we’ve had some tough goes, it’s this union thing… you see, but I’m doing it, get over it… something keeps telling me.

Before you know it I’m there, now to get the thing I needed and head back, no it didn’t take two hours after all, more like one and a half, and it seemed like 15 minutes, but not to my surprise but with disappointment they don’t have it, the lady on the phone was wrong. I spent a bit of time and looked around then decided I had better make my way back. Funny thing I was really okay with it, not angry or mad at the women for not be more clear, just content with it all and started to make my way back.

This time I’m going to take the highway, should even be faster with less distractions and better footing, no rocks, rails, or animal traps, clear sailing was the picture. Could be someone would see me and offer up a ride, wouldn’t that be a treat. I make my way over one of the overpasses and a car stops, it down below me and the drive says “you want a ride?” I look up and say what’s the chances and I say thank you Lord, but first I have to make my way down the steep bank to get to the car. I made it and I open the back door to through my bag in and it dawns on me, hope they don’t mind this animal skull I’m putting in the back of the car. Open the front door and go to get in and what hits me is a shock even I could not have guessed, it him… my coworker, I’m lost for words, can’t even begin to understand how or why, I’m just so glad… and did I mention surprised that it’s him. Well we had a great chat as he gave me a ride to my door, and left with the skull sitting next to him on the consul of his car.

It hit me then, forgiveness is what this is was all about, I had some feelings against him and I needed to understand what God was teaching me on this journey. God even delivered him right to me so it all could happen. “I love you Jesus”

Prayers do get answered. Believe this, I started looking on line again ( after many hours of looking before ) I found what I needed about ten minutes after I got home. Thank you Lord.

I am trying to stay faithful to developing our web page and al the things that come with building a...

Continuing to develop the Attitude of Gratitude. Chuck Harper·Sunday, October 8, 2017 For some reason this weekend has been a...